Arizona is well known for having the best mule deer hunting in the country. Due to its varying landscape hunting in Arizona is not only prime for results, but it is also a lot of fun. During your hunt you can observe the wide variety of other wildlife that Arizona is home to, and enjoy the scenery.

Tracking and stalking deer is much easier and more enjoyable across the wide open prairies and the picturesque mountainous backgrounds of Arizona.

Although the Grand Canyon State has quite strict laws concerning hunting, hunting of various kinds is open all year round to both residents and non-residents of Arizona who obtain a permit through the Arizona hunting lottery.

See the Arizona Game and Fish web site for the specifics on hunting and fishing seasons and all relevant regulations.

One of the great things about deer hunting in Arizona in particular is that many of the regions have services to help hunters join hunting parties to increase your chances of having a successful harvest, and services to direct hunters to the most appropriate type of game.

Check closely for regulations for using hunting blinds during the various hunt seasons as well as the zones.

Not every state offers these services, making Arizona an ideal location for both beginners and seasoned hunters to get some experience with other hunters, and have a little more fun than the regular, sometimes dull, hunting around the homestead that you might find yourself doing every year.

Arizona hunting regions are split up into units. To get a deer hunting permit for a firearm you can enter into the lottery designated to a unit, but archery permits can be purchased over the counter.

The top four, best regions for rifle, bow and crossbow deer hunting in Arizona are Pine Top, Flagstaff, Kingman, and Tucson. These regions have such a wide variety of terrain that depending on where you decide to go, you might even find you would like to backpack camp out there, too.

The benefits of having each region split into units is that you can single out where certain types of wildlife are and map out, with some good sources, where the best game is. Each of these regions has between ten and seventeen units to choose from.

Flagstaff is particularly popular for producing trophy bucks among its twelve units, most notably unit 6A. Of Tucson’s seventeen units, 36A and 36C are best known for their all-around success rate for deer hunting harvest in Arizona, rating almost 65% in the late season.

Pinetop has ten different regions to hunt in, and Kingman has 13 units. Most of the reported best hunts come out of public hunting land in these regions, not private property, so hunters can be optimistic about the sightings and kills they will find.

If you are looking for the best opportunities, late season during rut between December and January will yield the best results of the season and be the easiest hunting, which is promising for hunters who are making a trip to hunt in Arizona. 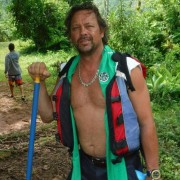 Richard is an avid adventure traveler with extensive trekking experience. In 1998 he weathered category 5 Hurricane Mitch on the northern coast of Honduras. He has mountain-biked, hiked and 4x4 toured extensively in the U.S.A. , Mexico and Central America. He is a motorcycle enthusiast and enjoys road touring, dual-sport and motocross riding. Richard lives in Scottsdale, Arizona.